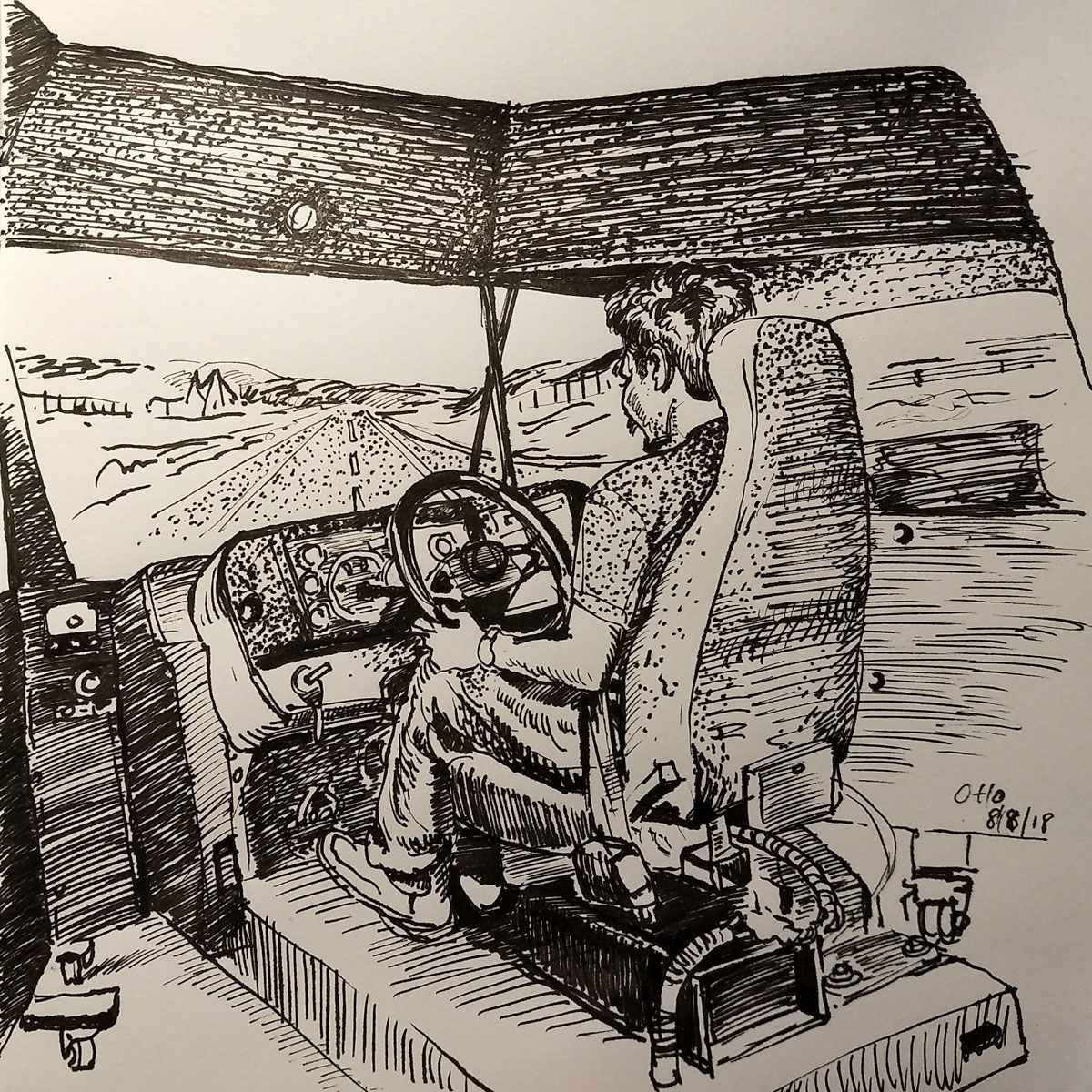 Today we got a chance to try out the driving simulator. With a driver’s seat and three large center and side monitors, it almost feels like one of those driving video games you’d see at a fun center. But this is programmed to accurately reproduce just about any kind of road, traffic, and weather conditions a trucker might run into when driving in reality.

First, for those who don’t know, I’ve decided to get my Commercial Driver’s License (CDL) and drive big rigs for Prime Inc. Prime runs  their own CDL schooling in-house. They’re based in Springfield, MO, but also operate a terminal and training facility in Salt Lake City, which is where I am. Schooling starts with 5 days of orientation, followed by real world training one-on-one with a trainer running actual loads. This lasts 2-3 weeks.

After returning to the SLC terminal I will complete the necessary inspection and basic driving tests required for getting a full legal CDL. With the CDL in hand, I’ll go back out with a trainer and team drive a minimum of 30,000 miles. This final phase should last about two months. When the trainer deems me trained, I’ll return to the SLC terminal and will be given my own truck and begin driving solo. I’ll be driving in the “reefer” (refrigerated trailer) division as an OTR (over the road) driver anywhere within the 48 contiguous states and probably Canada.

Back to the simulator. There are six PSD (Prime Student Driver) students in my group and we were each given a turn at shifting a 10-speed transmission. When shifting we have to “double clutch”, which was new to me. I learned to drive a car on a manual trans, but I was never required to double clutch. I didn’t even know it was done. In double clutching you clutch to go out of gear into neutral, then clutch again when moving up or down to the next gear.

Downshifting adds another detail: you clutch into neutral as before. Then, before moving into the lower gear you hit the accelerator slightly to bring up the RPM’s before clutching into the lower gear. So there are a couple of extra dance steps you have to do compared to driving a car’s manual trans. Threw me off a bit at first, but pretty much had the hang of it by the end of the day. Tomorrow we are supposed to add more complex maneuvers.