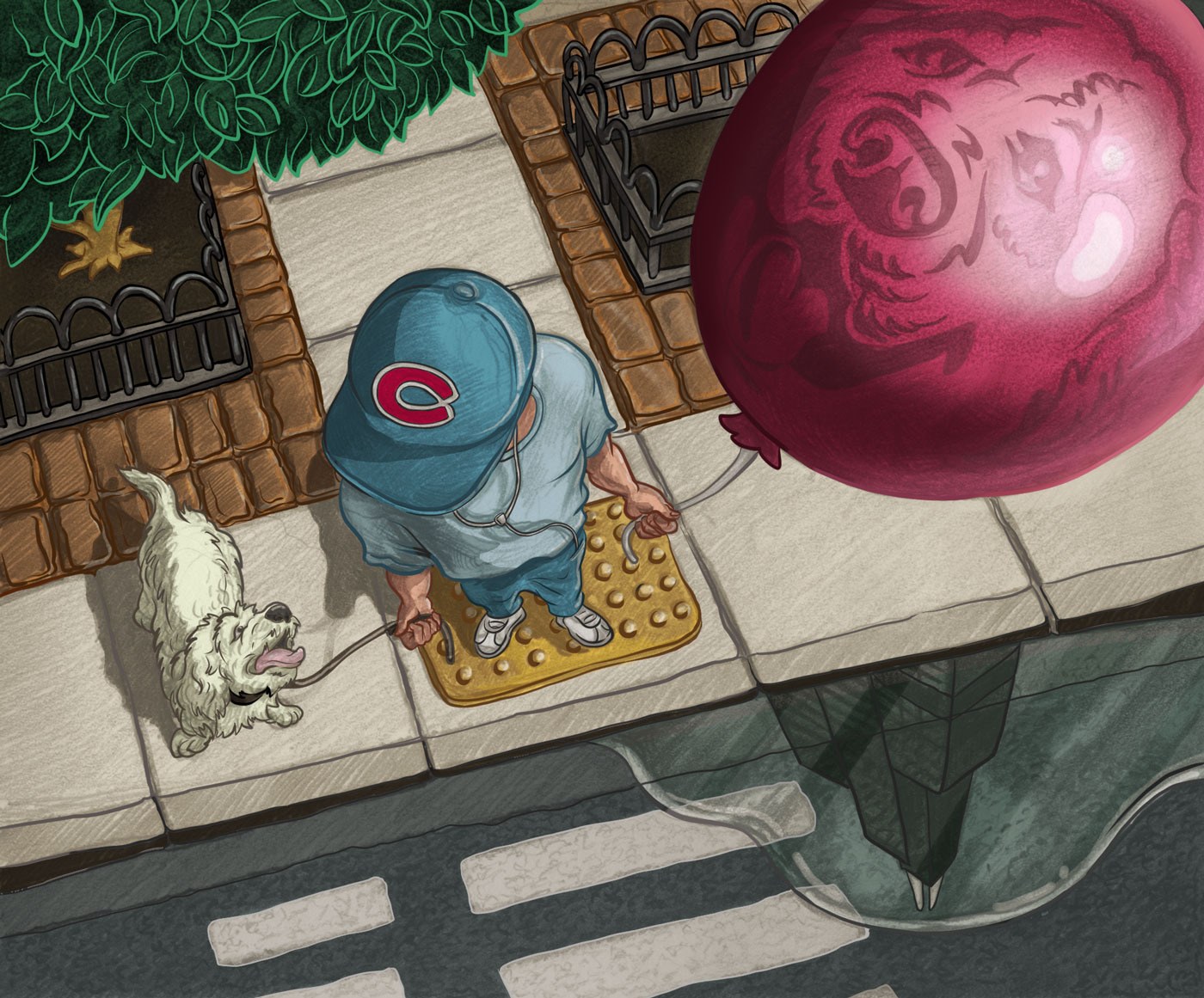 Have you ever thought of walking dogs as a job?

As an illustrator who still relies on supplemental income, I’m always on the lookout for job leads that are less demanding than a full 9-to-5 but are enjoyable and rewarding at the same time. I love animals – especially dogs – so I’ve considered dog walking. I don’t have a dog myself, so walking others’ dogs is second best!

I ran across a job posting on the Chicago Artists Coalition website, advertised by Windy City Paws for a dog waking position. The ad inspired me to self-generate an illustration that would fit the spirit of dog walking, and attract the kind of people they’d want to hire.

Working through this, I thought it would be worthwhile to share some of the key decisions that helped me to arrive at the final draft. 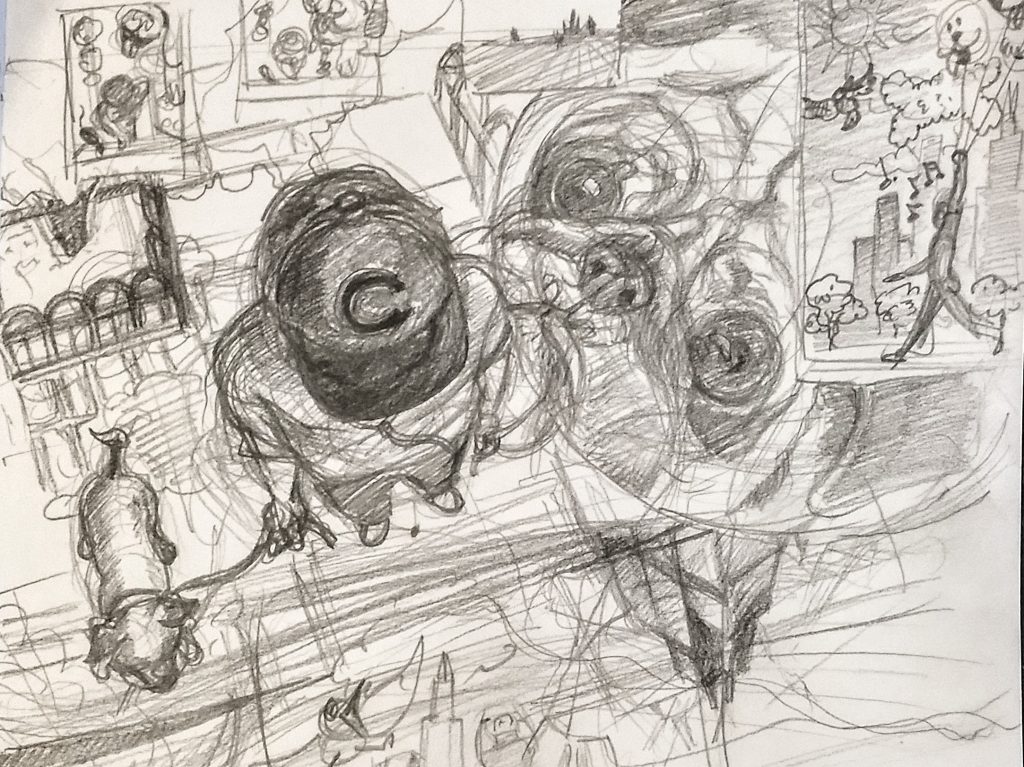 I started brainstorming with thumbnails depicting, as you might expect, a guy walking a dog on a leash through a Chicago landscape. A balloon is included as something of a metaphor for the kind of light, happy, buoyant experience both walker and dog might feel on a walk together.

A bird’s eye view seemed a more interesting and challenging, namely because I had to find a way to represent Chicago from a strange perspective that wouldn’t seem to offer much, when compared with a wider landscape, where all the well-known Chicago landmarks are typically seen.

I refined the bird’s eye view and realized I could capture “Chicago” in three different ways: by giving the walker a Chicago Cubs cap, by reflecting the iconic Willis (Sears) Tower in a curbside puddle, and by adding sidewalk wrought iron fencing, which, while maybe not necessarily unique to Chicago alone, I’ve always admired seeing it in neighborhoods like Wicker Park, et al. 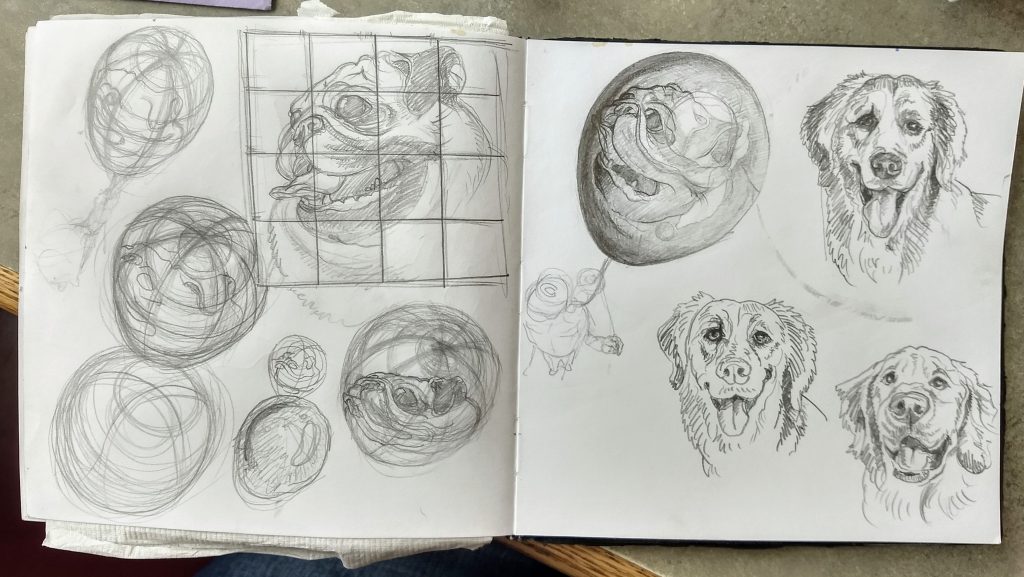 I wasn’t thrilled with my original choice of the pug on the balloon. Cute, but he wasn’t very “smily”, and I wanted to capture happiness and enthusiasm. Also, I drew most of this directly from imagination, and I was having a hard time visualizing the distortion a dog’s face would take on following the curvature of the balloon. So in my second attempt with the balloon, I gridded another dog face and applied it similarly to grid lines as I imagined them along the curvature of the balloon. Still, I felt I wasn’t capturing the texture, light, and shadow convincingly on the balloon’s surface. 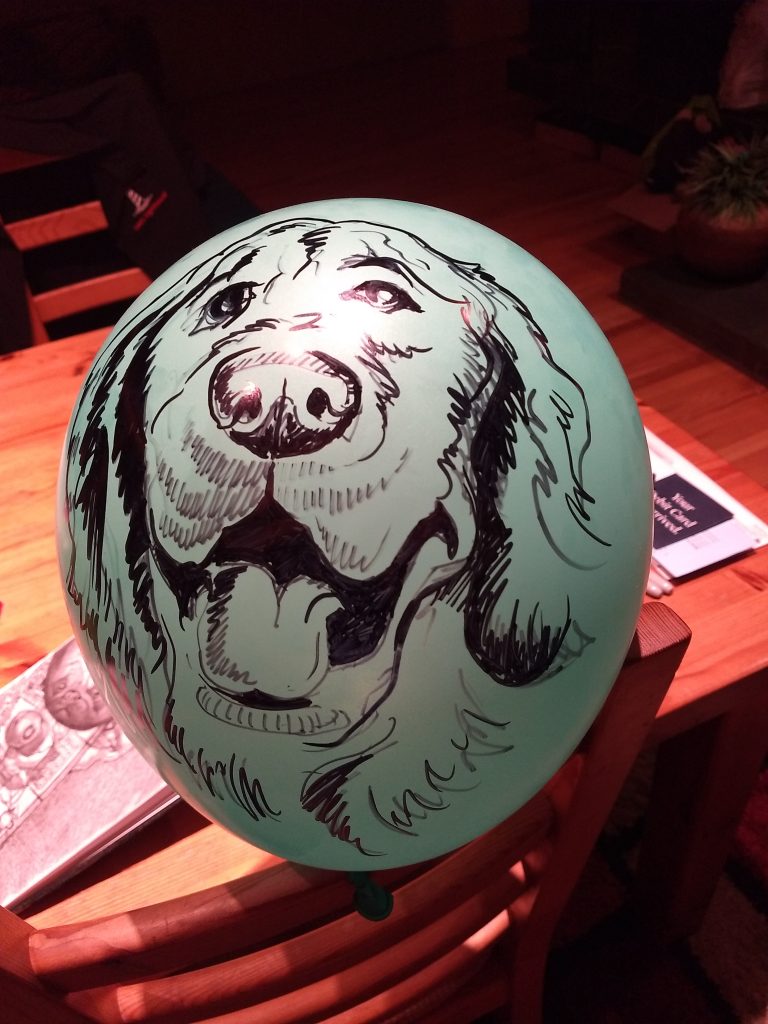 Finally I got my hands on a real balloon and drew a dog’s face directly on it, this time a happy looking golden retriever, and then photographing it for reference.

I made a few other small modifications that I think made a big difference to the overall tone of the illustration. Mainly, changing the walker’s stance slightly to look down on the dog being walked, and to have the dog look up at the walker with a happy face. This added interaction between the walker and the dog I felt was important in conveying what the job is all about. Finally, I added crosswalk stripes of the type that one would typically see in Chicago. 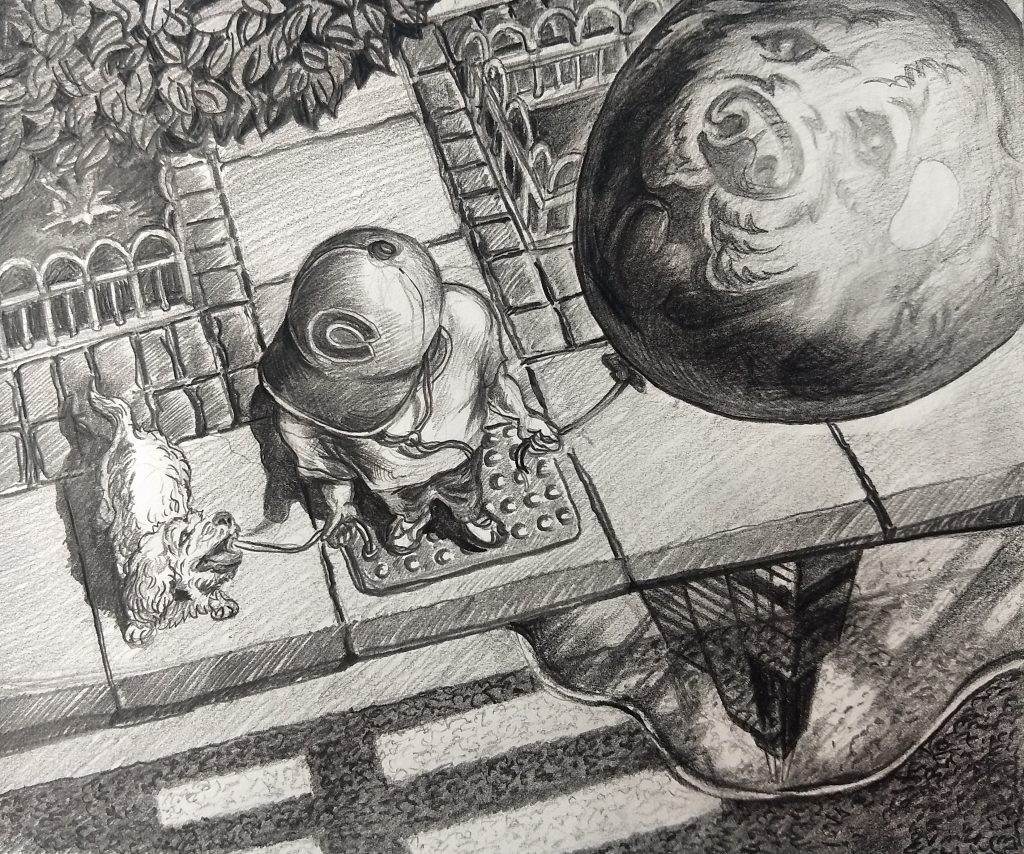